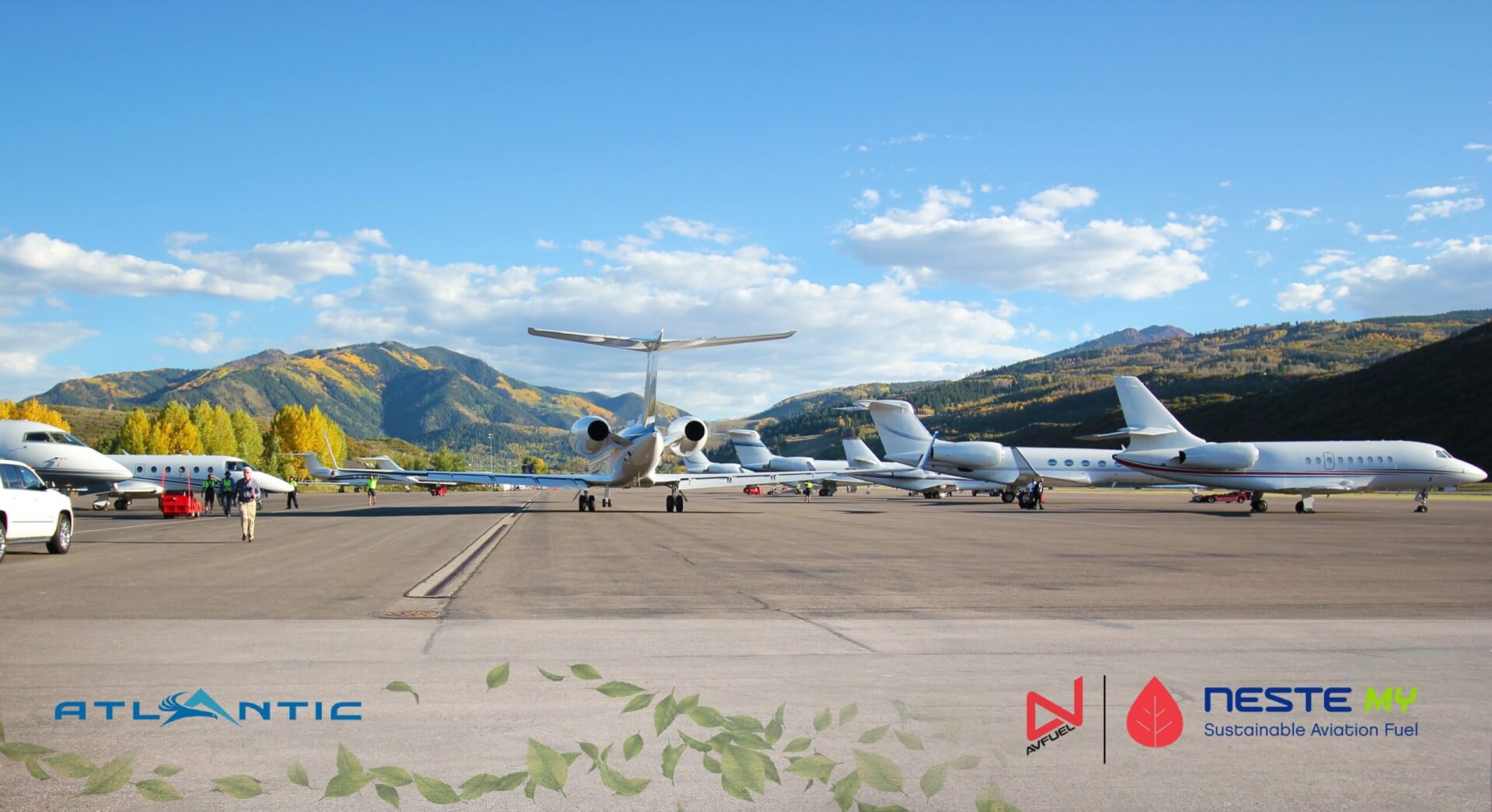 As the United Nations holds its Mountain Partnership Global Meeting in Aspen next week, Atlantic Aviation and Avfuel Corporation partnered to ensure plentiful supply of Neste MY Sustainable Aviation Fuel for air operations surrounding the event.

Avfuel and Atlantic Aviation will supplement their continuous supply of SAF with two renewable diesel-powered truckloads of the fuel to Atlantic’s FBO at Aspen-Pitken County Airport (ASE) on September 23.

The fuel is being placed in a newly dedicated SAF tank and an “Atlantic Evolve” fuel truck commemorating the occasion.

The event—which includes members from diverse mountainous countries worldwide—is conducted every four years, but 2022 marks the first time it is being held in North America, as well as it being the main event in the United Nations’ International Year of Sustainable Mountain Development.

The Mountain Partnership Global Meeting brings together hundreds of attendees from the environmental and science communities, along with a number of politicians, which this year includes Colorado’s Governor Jared Polis.

Approximately 40 UN delegates from New York’s United Nations General Assembly will attend the meeting, some of whom will arrive by air at Atlantic Aviation’s ASE FBO.

“All of us at both Atlantic Aviation and Avfuel are pleased to increase our constant supply of SAF at Aspen-Pitken County Airport for this landmark event.”

Atlantic Aviation is a well-known leader in environmentally friendly and sustainable operations at the airport and across the Rocky Mountain Region.

In addition to providing Neste MY SAF from Avfuel to both commercial and business aircraft at ASE, Atlantic Aviation offsets all aircraft carbon emissions at the field through the purchase of carbon offsets from Carbonfund.org.

Atlantic Aviation is also a primary donor to the methane gas mitigation project led by Aspen CORE—a major collaborative initiative to curb emissions from abandoned mine shafts in the region.

“We’re further honored to play a role in this historic event by supplying SAF as aviation’s most effective way to reduce the carbon footprint of air travel, making a meaningful difference that supports the spirit of the United Nations’ meeting.”

With one of the highest average blend ratios available in business aviation to date (30/70 SAF to petroleum-based jet fuel), each truckload of Neste MY SAF reduces carbon emissions by 19 metric tons across its lifecycle.

With the event’s two truckloads totaling 38 metric tons, this reduction is equivalent to the amount of carbon sequestered by 45 acres of U.S. forests per year.