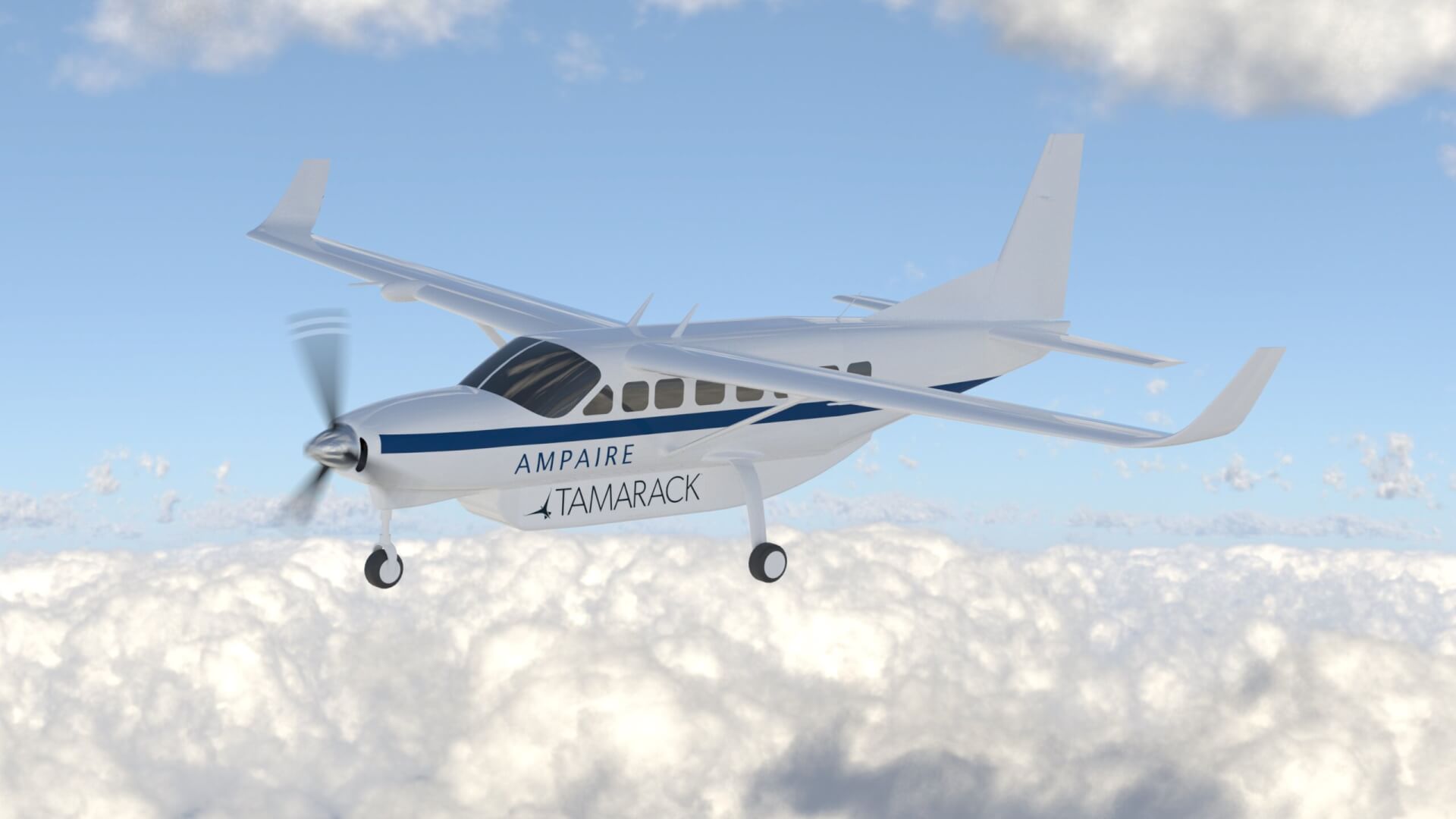 Ampaire and Tamarack Aerospace Group announced at NBAA-BACE on 17 October, 2022 they have entered into an MOU to develop further aerodynamic upgrades for Ampaire’s family of hybrid-electric aircraft.

This includes exclusive access to Tamarack’s Performance SMARTWINGÔ winglets on all alternative energy variants of the 208 Caravan, Twin Otter, and King Air aircraft.

Tamarack’s game-changing upgrade that dramatically increases fuel efficiency and range, smooths flight, and improves the ability to take off and land on shorter runways regardless of high/hot conditions and payload, will offer customers the option of further enhancing performance and operating cost savings on Ampaire’s hybrid electric Eco Caravan, Eco Otter, and Eco King Air.

Tamarack Performance SMARTWING is also compatible with conventional versions of the 208, Twin Otter, and King Air, as well as Cessna CitationJets.

“Tamarack’s technology is a great match with Ampaire’s hybrid propulsion system, as both work synergistically to upgrade the performance and economics of the proven aircraft operated by our customers,” said Ampaire CEO Kevin Noertker.

“Our goal aligns closely with Ampaire’s to make every aircraft more efficient and sustainable.”

Tamarack has also received positive feedback from civilian and military operators about the King Air series and expects orders for a King Air 200 and a King Air 350 upgrade within coming months.

Tamarack’s founder and CEO Nick Guida “There are currently approximately 2,000 King Air 200’s and a similar number of King Air 350’s in operation today serving private business and military missions. Based on interest, we know there is a robust sales universe waiting for our Performance SMARTWING upgrade,” he said.