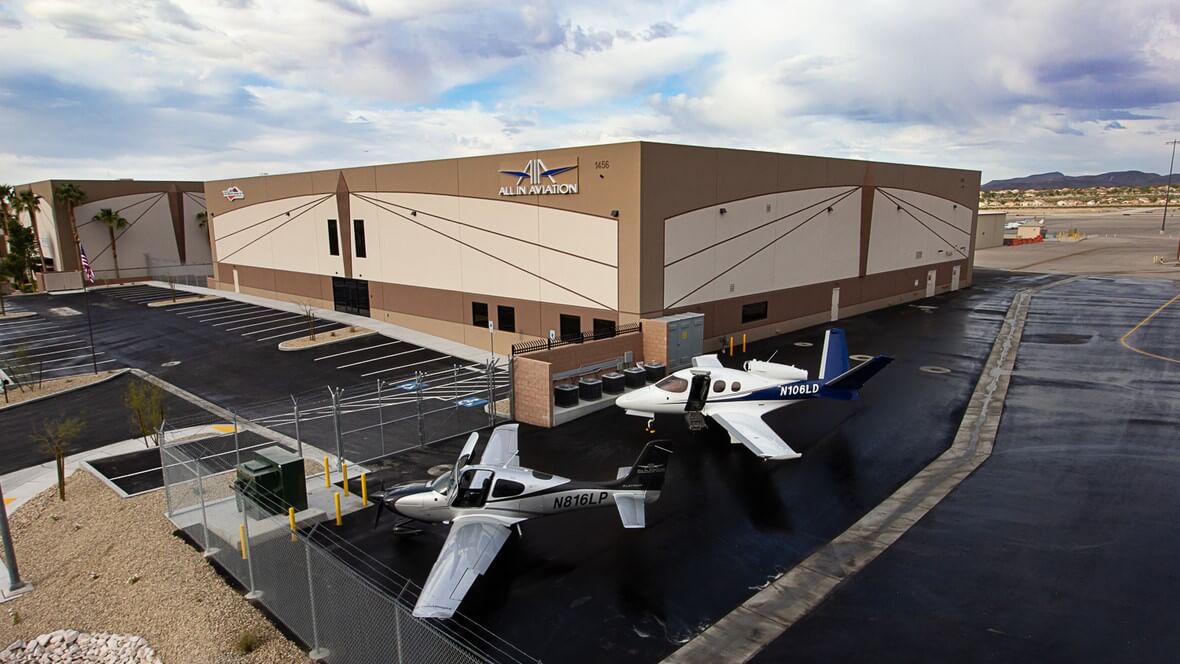 Since launching its full-service aviation complex at Henderson Executive Airport (HND), All In Aviation announces the hiring of six new team members and the upcoming expansion of its fleet within the first 30 days of opening.

Expanding its flight school operations, All In Aviation has brought on board Broderick Orr, its newest full-time flight instructor, bringing the team to five full-time and two part time instructors led by Director of Flight Operations, Carl May.

Enhancing its concierge service, the company has hired Fletcher Moulton as its first-ever Line Technician, responsible for aircraft valet and janitorial, fuel maintenance and customer service, as well as Ryan Celestino, a Line Tech Intern who will serve as an entry-level assistant. Additionally, All In Aviation has hired three part-time team members to handle retail service for its pilot shop.

“Since opening the HND facility, we’ve continued to expand operations to meet new demand,” said Paul Sallach, founder of All In Aviation. “We’ve experienced an influx of new flight training students, as well as an increase in aircraft rental by private pilots,” he continued. “We’re working to accommodate this growth by expanding our instructor team and adding line technicians so our instructors can focus on training, as well as enlarging our fleet.”

In partnership with aircraft maintenance provider Lone Mountain Aviation, All In Aviation recently opened the first purpose-built, multi-use aviation complex of its kind at HND to serve the growing needs of the general aviation community in the south valley.