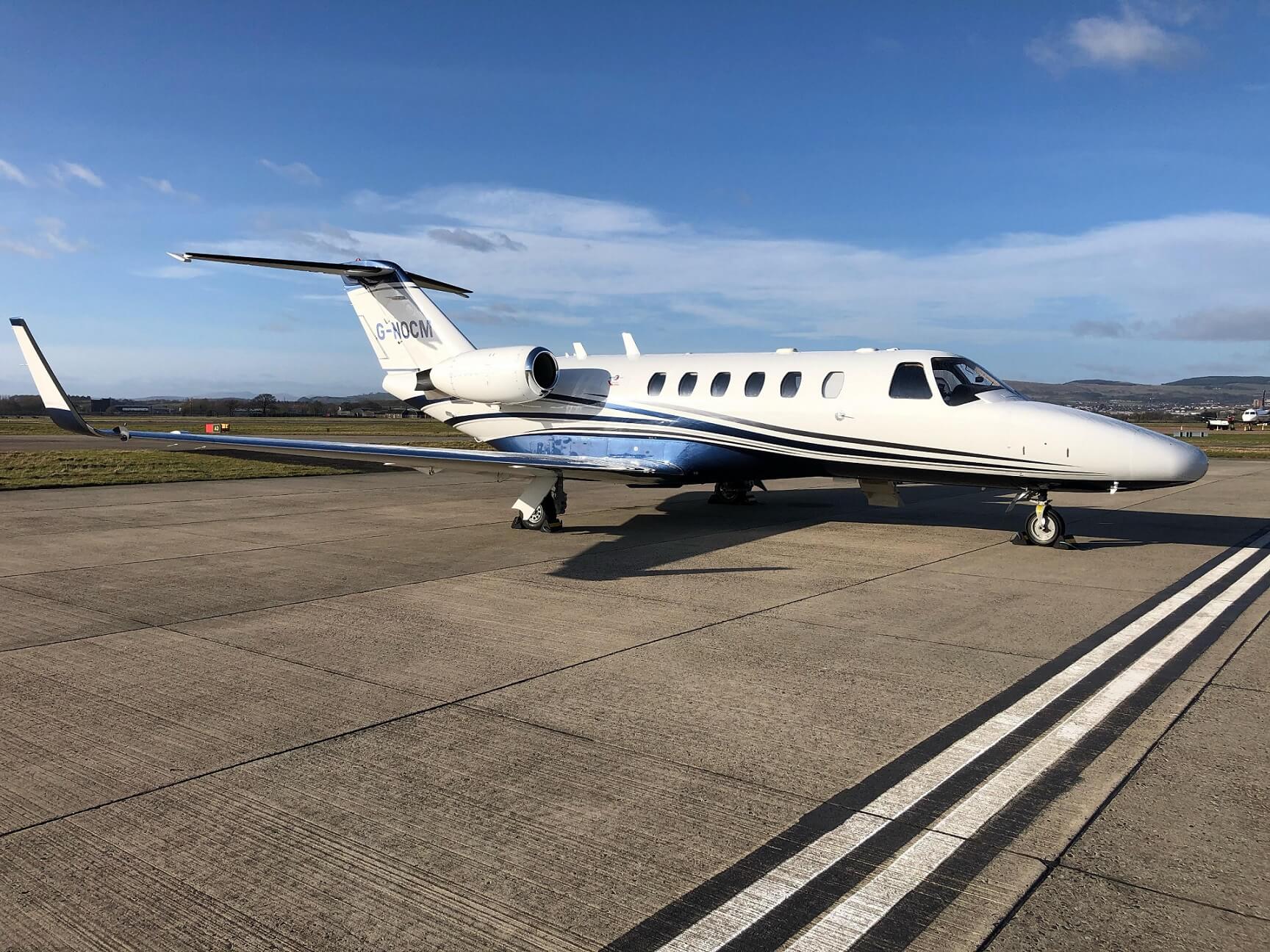 Air Charter Scotland COO Derek Thomson said: “While we have had our offices at Glasgow for 20 years, we haven’t had an aircraft positioned out of our home since 2008.

“This is terrific timing for discerning private jet customers, many of them new to charter, responding to the restrictions, reduced scheduled service frequencies brought about by the pandemic.

“Light jets are the most popular charter aircraft in the UK right now and this one with its enhanced performance benefits will be a popular addition to our fleet.

“Chartered services have played an important role in providing connectivity for passengers, including key workers, who had to travel by air for essential purposes during the pandemic when scheduled service alternatives were greatly reduced.

“At a time when our industry is facing huge challenges, it’s heartening to see that one of our airport partners is not only expanding its operations, but is doing so with the introduction of a more fuel-efficient aircraft.”

Active winglets and transformative ATLASÒ technology gives a wing extension to 55 ft 10in and delivers up to 33% fuel savings, increased payload and range.

A big benefit is its ability to climb above the weather quicker up to 45,000ft – and gives a smoother ride throughout. It also gives the aircraft better take-off and landing performance on shorter runways with an 800lbs MZFW increase.

“This the first one on a UK operator’s certificate but there is growing demand for the Tamarack Active winglet installation in the Citation CJ series,” said JMI director Ed Griffith.

The established Cessna Citation MRO undertook a two-week maintenance check of the aircraft before its placement at Glasgow Airport.