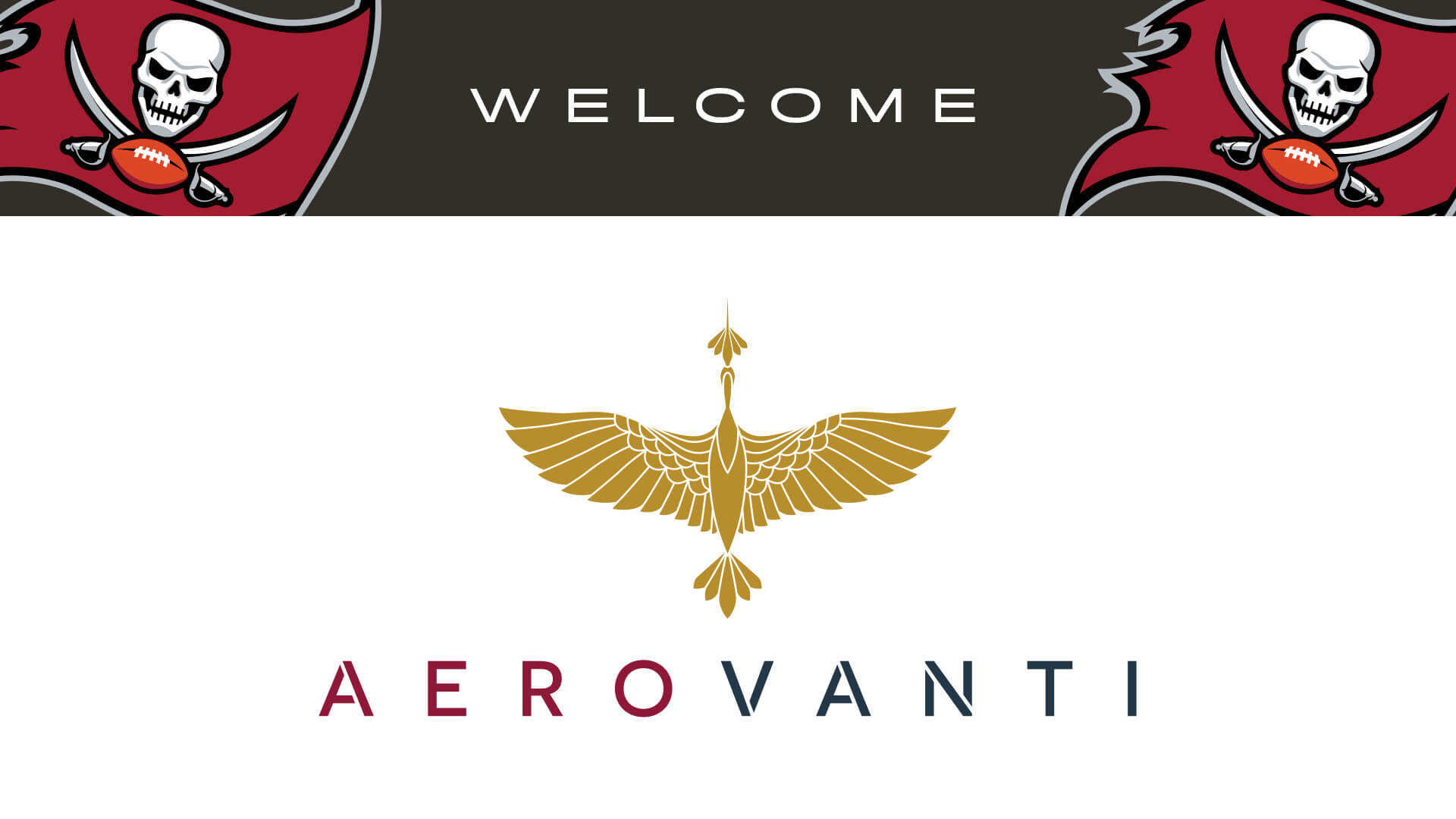 The two-time World Champion football club selected AeroVanti as its exclusive private aviation provider for its luxury, convenience, safety, sustainability, and commitment to the community.

AeroVanti has also been named the first-ever presenting partner of the Buccaneers Champions Lounges, which will be rebranded to The AeroVanti Lounges, a first-class, exclusive experience that reflects both brands’ commitment to excellence.

“The Tampa Bay Buccaneers organization is one of the most well-respected and recognizable brands in the country,” said AeroVanti Founder and CEO Patrick Britton-Harr.

“It’s evident they are committed to the success of everyone in their organization, which extends to their partners, as well.

“It’s an honor that they’ve entrusted us to be the official private aviation partner of the Tampa Bay Buccaneers.

“We want to thank the Glazer family and the entire Buccaneers organization for their leadership and stewardship, and we look forward to working closely for years to come.”

Both AeroVanti and the Buccaneers are committed to their communities, particularly active-duty military and veterans.

The official partnership includes a “salute-to-service” surprise military homecoming at a Buccaneers home game as a tribute to our military and veterans.

“AeroVanti has distinguished itself by redefining the private aviation membership industry through an innovative approach that has lowered costs and increased access to private travel.

“We look forward to working with them to facilitate the annual surprise military family reunion as well as finding additional ways to grow this partnership over the coming years.”