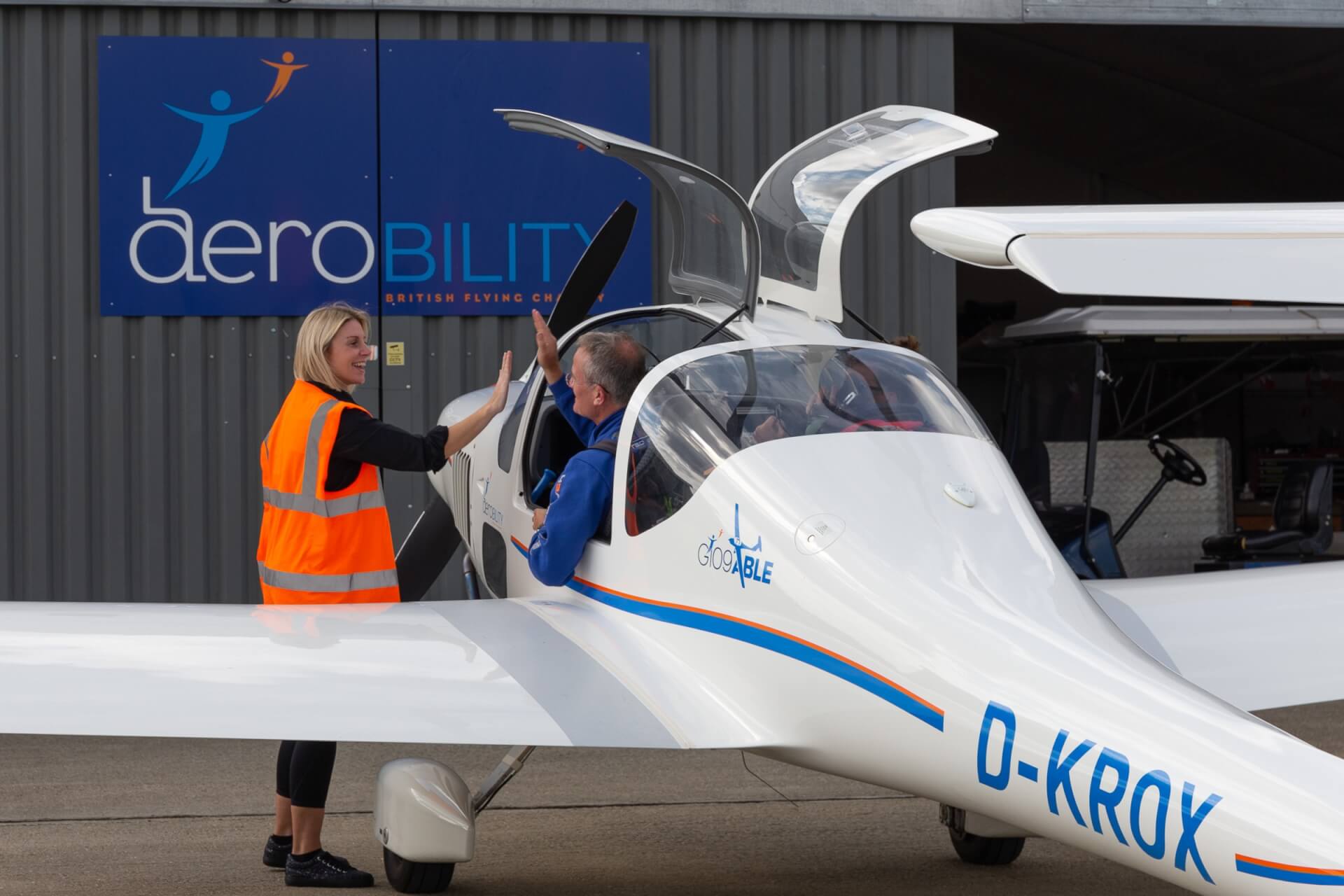 Aerobility, the UK’s leading aviation charity offering disabled people, without exception, the opportunity to fly, is celebrating the arrival of its new aircraft type, the Grob G109B Able.

Aerobility will be both operating the aircraft within its fleet, as well as marketing and selling this enhanced model commercially, in collaboration with Grob Aircraft SE and Southern Sailplanes in the UK.

With a complete airframe overhaul, state-of-the-art Garmin avionics, new Rotax engine and MT Propeller, the ‘Able’s’ performance and handling is hugely enhanced, whilst the fuel consumption is significantly reduced.

“This updated and re-certified variant of the tried, tested and much loved Grob G109B and its military derivative The Vigilant makes for an exciting and environmentally friendly way to take to the skies,” says Aerobility CEO, Mike Miller-Smith.

Guy Westgate, veteran motor-glider pilot, who gave his time to fly the ‘Able’ from Germany to Leeds describes it as “A fantastic upgrade to a popular, soundly built aircraft.”

Supporting the aircraft’s debut at the show, Mike adds: “Aerobility exists to change lives through the magic of flight.

“We are very proud to present this new aircraft type which will deliver magic to its owners whilst the proceeds will support disabled aviation.

“We only have a fixed amount of these aircraft to sell and we hope interest will be high.”

The aircraft flew from Aerobility’s HQ at Blackbushe Airport, Surrey on 4th August before positioning on the static display, following its arrival from Grob Aircraft SE in Tussenhausen-Mattsies, Germany on 3rd August.