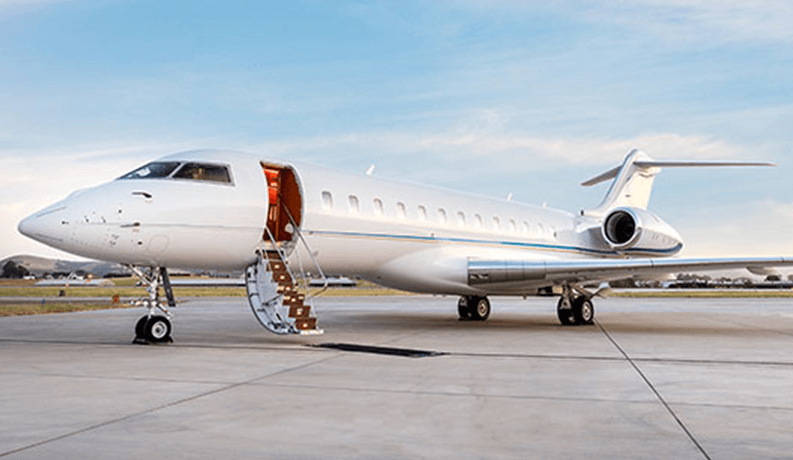 In addition to the already impressive standard set of amenities that come equipped on the Global Express XRS, this aircraft features some of the latest technologies for inflight comfort and productivity. Most notably, the aircraft features Honeywell’s satellite-based Ka band broadband internet system, JetWave, which delivers truly broadband internet speeds while at any altitude, nearly everywhere on Earth.

An advanced Audio/Video On-Demand (AVOD) system allows streaming to either of the cabin’s dual 21” monitors from mobile devices. The aircraft also features a video monitoring system, allowing passengers multiple panoramic views outside of the aircraft during flight via cameras mounted in positions around the airframe.

“We’re excited about the team’s accomplishment during these challenging times.” stated Kellee Valentine, ACI Jet’s Senior Vice President of Flight Operations. “ACI Jet is not immune to the challenges of the COVID-19 pandemic. The fact that our team was able to quickly complete the complexities of an aircraft conformity process speaks volumes about their will to persevere. I’m very proud of the team we have here at ACI Jet and their commitment to service and excellence even in difficult times.”