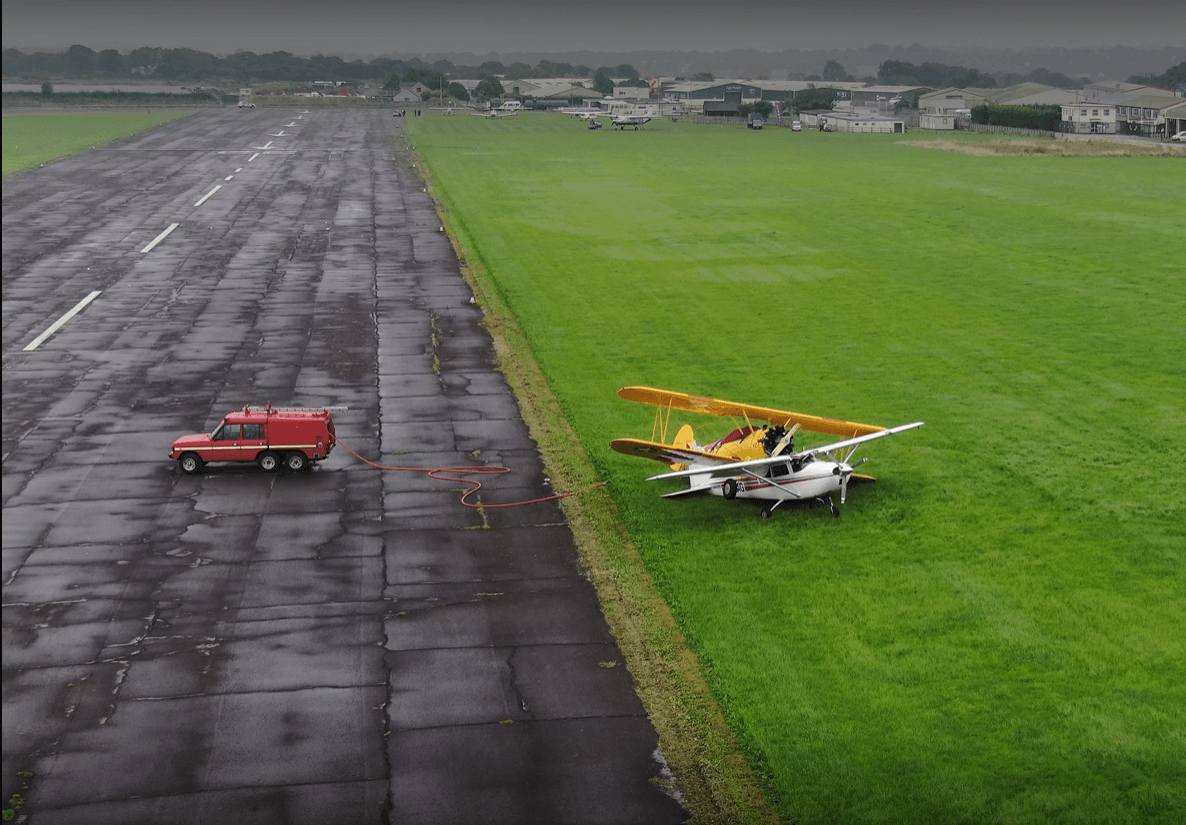 Whilst completing a circuit at Dunkeswell Aerodrome, aircraft N68427 landed on top of G-OMAG on the runway.

G-OMAG had joined the circuit from the dead side and positioned ahead of N68427, which was already in the circuit.

Neither pilot saw the other aircraft, nor were they alerted to the other’s presence by radio transmissions until late on the final approach.

The pilot of G-OMAG suffered serious injuries due to the collision.

The accident was caused by neither pilot having awareness of the other, because neither saw each other and they had not been alerted to the presence of each other by radio transmissions.

As a result of this investigation, the CAA published a Supplementary Amendment to CAP 452, Aeronautical Radio Station Operator’s Guide, to improve the situational awareness of pilots operating at aerodromes providing an Air to Ground Communication Service.